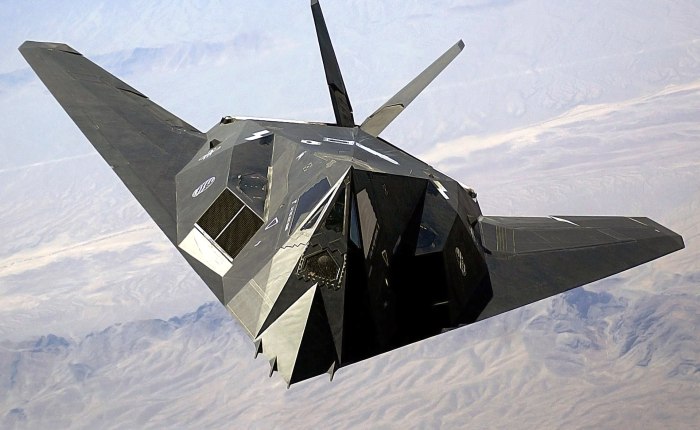 Editorial Note: From Balloons to Drones is pleased to announce our new podcast series. Led by our Editor Dr Mike Hankins, the series builds on the success of From Balloons to Drones, and provides an outlet for the presentation and evaluation of air power scholarship, the exploration of historical topics and ideas, and provides a way to reach out to both new scholars and the general public. You can find our Soundcloud channel here.

In this episode, we interview Dr Peter Westwick, Director of the Huntington-USC Aerospace History Project, about his new book Stealth: The Secret Contest to Invent Invisible Aircraft. We talk about the design process of stealth planes like the F-117 and B-2 at Lockheed and Northrop and answer the tough questions, like why did stealth research seem to be focused on California? What role did Russian research play in stealth development? And of course, how is Disney connected to all this?

You can find a review of Westwick’s book here. 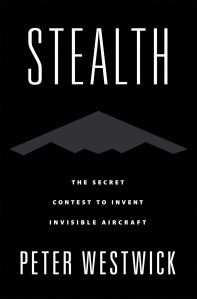 Dr Peter Westwick is a research professor of history at the University of Southern California and Director of the Aerospace History Project at the Huntington-USC Institute on California and the West. He is the author or editor of several books, including Into the Black: JPL and the American Space Program, 1976-2004, which won book prizes from the American Institute of Aeronautics and Astronautics and the American Astronautical Society.

The advent of stealth technology – making aircraft nearly invisible to radar detection – in the 1970s was one of those rare moments in the history of military aircraft technology that seemed to shape much of the development that followed it. Over 40 years later, most new aircraft designed around the world incorporate stealth characteristics in some way or another. Taking a sweeping look at the advent and early development of stealth aircraft within a broad context is the aim of Stealth: The Secret Contest to Invent Invisible Aircraft by Peter Westwick, director of the University of Southern California’s Aerospace History Project. The book is a fascinating look at two companies, Lockheed, and Northrop, that continually competed for stealth projects – each coming at the technology from very different perspectives and methodologies. With this comparative lens, Westwick explores the ways that culture shaped each company’s differing solutions to similar technological problems.

The most significant limitation for any book about stealth is the lack of unclassified sources, and this book is no exception. While much of the material here will be familiar to stealth aficionados, Westwick has conducted a large number of new interviews that shed new light on some familiar events, and reveal new, fresh stories, many that speak to the unique personal experiences of those involved in stealth development.

Westwick emphasises that Lockheed’s approach to stealth relied extensively on computer modelling, which was a significant shift for the firm at the time. For decades, successful designs from Lockheed, including the A-12 and SR-71 Blackbird, which each incorporated stealth characteristics, had been grounded in Chief Executive Officer, Clarence ‘Kelly’ Johnson’s adage that planes that look beautiful fly beautiful. When Johnson retired, his replacement Ben Rich allowed radar experts to have a more significant say in the design process. Their creation of powerful computer programs that could calculate radar returns from a variety of shapes fueled their design process. Nevertheless, the limitations of the program influenced the team to rely on flat, faceted surfaces – an approach that was quite successful, winning the company that contract for the aircraft that became the F-117 Nighthawk.

Lockheed’s programs made use of Soviet research that, ironically, had been requested for translation by engineers at Northrop. Although Northrop also incorporated this research and made similar computer modelling programs, their engineers combined them with a more intuitive approach. Northrop designers used their extensive knowledge of radar theory in a more hands-on way, often literally through iterative modelling and moulding. One of the more dramatic moments of Westwick’s narrative involves Northrop engineer Fred Oshiro visiting Disneyland and sitting outside the Tea Cup ride playing with a lump of modelling clay – a common practice at Northrop – until he intuitively developed the idea of using complex curves to minimize radar returns. The Tea Party ride had been designed by Lockheed engineer and stealth pioneer Richard Sherrer.

This tale of two engineering houses, each with different cultural approaches to designing stealth, forms the backbone of the story, which traces the development of the Have Blue, F-117, Tacit Blue, and B-2 programs. Along the way, Westwick dispels some prevalent misconceptions that frequently crop up in discussions of stealth. For example, some readers might assume that Northrop’s B-2 design was a ‘flying wing’ conception because the company was founded by Jack Northrop, who was obsessed with flying wings and designed several himself. However, Westwick reveals the company had completely abandoned the idea for decades, and only adopted it after Lockheed had submitted their flying wing bomber concept. Another of the more dramatic moments in the book involves the aging Jack Northrop’s heartwarming response to seeing the B-2 designs, which I will not spoil in this review.

Westwick goes beyond the analysis of these companies and attempts to place the development of stealth in a larger context in terms of culture, strategy, and Cold War geopolitics. This includes implying that the inherent creativity around the ‘[i]magineering’ culture of Disney that pervaded California in the 1960s and 70s was a contributing factor to stealth development. On a broader scale, Westwick goes as far as to say that stealth provided an alternative to nuclear deterrence, in some ways making nuclear weapons obsolete. He argues that stealth delivered what President Ronald Reagan’s fanciful Strategic Defense Initiative could only promise. With the ability to essentially defeat the Soviet Union’s massive investment into radar-based air defence networks, stealth broke the foundation of Cold War deterrence theory, and, according to Westwick, pressed the Soviet Union into an unsustainable increase in defence spending that contributed to the nation’s collapse. These ideas are interesting and worthy of consideration, but Westwick’s presentation of them is far too brief; these ideas are not nearly as fully developed as they could be. That does not take anything away from the book as it is. To really make these larger points hit home would probably require a different type of book with a different focus. However, this type of overarching analysis is welcome and thought-provoking, perhaps pointing to further research directions on how stealth technology contributed to the end of the Cold War in specific ways.

Overall, the book is an excellent addition to any air power or history bookshelf. This book manages to be the best starting point for those new to the topic of stealth while also providing new insights and details for the already initiated. Even more impressive, Westwick delivers these contributions while writing in an engaging and personal style that is great to read and sure to be enjoyed by scholars and still easily accessible for enthusiasts and general readers.

Dr Michael Hankins is the Curator of US Air Force History at the Smithsonian National Air and Space Museum. He is a former Professor of Strategy at the USAF Air Command and Staff College eSchool, and former Instructor of Military History at the U.S. Air Force Academy. He earned his PhD from Kansas State University in 2018 with his dissertation, ‘The Cult of the Lightweight Fighter: Culture and Technology in the U.S. Air Force, 1964-1991.’ He completed his master’s thesis at the University of North Texas in 2013, titled ‘The Phantom Menace: The F-4 in Air-to-Air Combat in the Vietnam War.’ He has a web page here and can be found on Twitter at @hankinstien.