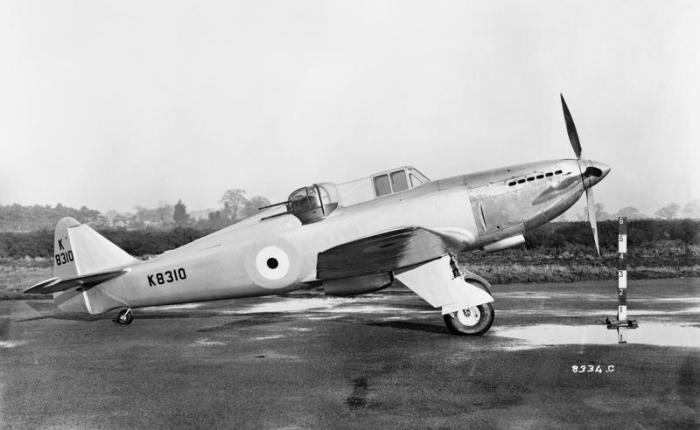 Thunderbirds are go! It is not often that you get to write those immortal words at the start of a review to do with a book on Bomber Command; however, this is no ordinary book. Indeed, it is a book that will be of interest to two distinct groups of people. First, there are those with an interest in the experience of Bomber Command operations during the Second World War. Second, there are those with a passion for the 1960s TV show Thunderbirds and other production that came from Gerry Anderson’s fertile imagination. This, of course, begs the question of how these two seemingly disparate interests are linked. Well, as Shane Rimmer, who provided the voice to Scott Tracey, recollected in the foreword to the book, the inspiration was ‘direct and personal – from his elder brother Lionel who had given up his life as a pilot during the Second World War’ (p.ix).

This biography, therefore, tells the story of Lionel Anderson, Gerry Anderson’s older brother through the letters that he sent home while also considering the impact of his death on his younger brother. The book details Lionel Anderson’s early interest in flying and his decision to volunteer as aircrew in the RAF (p.3). The book then follows a chronological order following Lionel Anderson’s experience of flying training to through to undertaking operations as part of No. 515 Squadron, which formed part of Bomber Command’s No. 100 (Bomber Support) Group. The unit had been established in October 1942 from the so-called Defiant Flight at RAF Northolt and at that time formed part of Fighter Command. The unit was then equipped with the Bristol Beaufighter and then the de Havilland Mosquito. Lionel Anderson joined No. 515 Squadron in early 1943 (p.77). The squadron was involved in operating Moonshine, Mandrel, and Serrate electronic warfare systems that had emerged as part of the pantheon of homing and jamming systems that developed during the Second World War. These were designed to provide support in an ongoing battle to defeat German equipment, such as the Freya radar net as well as defeat German night fighters. In this, Sean Feast provides a good overview of No. 515 Squadron’s role in this area.

The section dealing with Lionel Anderson’s time with No. 59 Operational Training Unit is, however, problematic. Feast suggests that in late 1942, Anderson’s course transferred to Brunton, which was No. 59 OTU’s satellite airfield and that while there they became known as No. 559 Squadron.  Additionally, Feast suggests that, as No. 559 Squadron, the unit could be called on to intercept incoming aircraft as part of ‘Saracen scheme’ (p.76). This is where it becomes murky as there does not appear to be a No. 559 Squadron. There is no Operations Record Book for No. 559 Squadron and C.G. Jefford’s work on RAF squadrons does not list the unit.[1] However, No. 559 Squadron was a numberplate reserved for No. 59 OTU if activated as part of Plan BANQUET. Additionally, Ray Sturtivant’s work on flying training units does suggest that, in March 1943, the squadron number above was used.[2] So what is to be made of this? First, Plan BANQUET, which originated in 1940, had been revised in May 1942. Part A of the Fighter Command element of the revised plan – BANQUET FIGHTER – called for aircraft and crews from OTUs to form squadrons as reinforcements, as such; they would have received a numberplate. This process was activated by a codeword ‘APPLE’.[3] Nevertheless, as Jefford noted, the squadron numberplates allocated to fighter OTUs were not used as the units were not mobilised.[4] Second, it is reasonable that crews at OTU’s were aware of this plan, and their designation if activated. It is probably this that is being recollected rather than an official designation. This of course raises the question of whether matters, which is clearly subjective. I would suggest that the pilots being trained by No. 59 OTU were aware of their reserve role and the details of the unit’s designation. It highlights the tension between the operational record and memory and how it can be distorted.

The earlier sections of the book that detail Lionel Anderson’s decision to volunteer, his training in America and time at an Advanced Flying Unit are, for me, the real gem of this book as it is here where the letters home find their place. Indeed, the reason for this appears to be that the last letter kept by Lionel Anderson’s mother, Deborah comes from this period. As Feast explains, Deborah Anderson had reproduced the letters into a pair of hard-backed exercise books, and this is all that was left of Lionel Anderson’s correspondence (pp.69-70). This helps explain why the book’s subtitle is ‘The Wartime Letters and Story’ as the latter period has been reconstructed from other sources. Nevertheless, the use of letters in the earlier part of the book help us explore what it was like to serve in the RAF during the war and the experience of training in America. In one letter, Lionel Anderson described the planned graduation dance they held at the end of his training in America. ‘We invite our instructors and friends we have made during our stay here and, of course, we have plenty of girls.’ This recollection (p.55) both highlights the friendly relations between American and Britain but also one recurring theme in the letters, girls.

Overall, as with many books of this type, this is a fascinating insight into life in the RAF. It is made all the more interesting given the links between Lionel Anderson and his younger brother’s later work.

This book review originally appeared at Thoughts on Military History.

[1] Wing Commander C.G. Jefford, RAF Squadrons: A Comprehensive Record of the Movement and Equipment of all RAF Squadrons and their Antecedents since 1912, 2nd Edition, (Shrewsbury: Airlife, 2001).