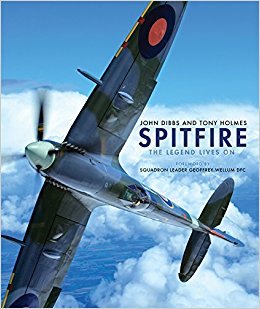 We have all been there have we not? You are standing in the bookshop looking at ‘serious’ history books, and then it happens, your eyes are drawn to a big shiny book, usually on the bottom shelf. You cannot help yourself; you are drawn to it and pick it up and fawn at the pictures, usually glossy. Whether you buy it is irrelevant; there is something that always draws you to such books. Whether it is the subject matter or the high-quality photography, it happens. This is what coffee table books are designed to do. They are designed to bring you ‘in’ with description and dazzling images. 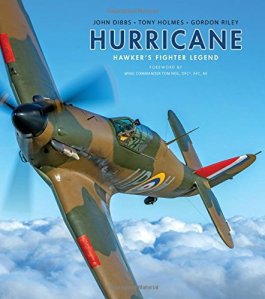 These three books from Osprey Publishing are very well-produced examples of the coffee table book genre that will tempt you with their wares. Two of the books, Spitfire and Hurricane complement each other as their subject matter is the two fighters that exemplify the Royal Air Force’s contribution to the Second World War. The third book, Storm of Eagles, is a collection of period photographs from the Second World War that has been produced with the support of the National Museum of World War II Aviation in Colorado Springs. Both Spitfire and Hurricane follow a similar layout and provide descriptions of different versions of their respective aircraft or a campaign in which they were involved. For example, in Spitfire, there is a chapter on the Rolls-Royce Griffon engined Spitfire (pp. 113-44) while Hurricane includes a section on the Malta campaign (pp. 142-55). Each chapter also includes a discussion of relevant restored examples of the aircraft, which provide a framework for the narrative. This narrative is ably supported by a mix of John Dibbs’ high-quality modern images of restored aircraft alongside some great archive pictures. A valuable addition to these books are their respective forewords written by veterans who flew the aircraft, and in Hurricane, this is provided by Wing Commander Tom Neil while Squadron Leader Geoffrey Wellum provided the introduction for Spitfire. This helps round the books off by offering some useful personal views of the aircraft and associated issues such as motivation. As Neil reflected:

Flight is wonderful, flight in a machine you love is simply magical, and these photographs offer a sense of that (p. 14). 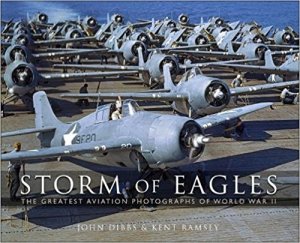 Unlike the first two books, Storm of Eagles is broader in scope and not focused on a single aircraft type. Rather, split geographically into theatres of operations with images used to illustrate air power in these geographic areas, this book presents an excellent mix of pictures not just of aircraft but also of the experience of air warfare and service with air forces. While images of the American experience predominate, there are photographs included from all the major combatants of the Second World War, thus, highlighting the transnational experience of air warfare during this conflict. Indeed, from my perspective, this book and the selection of photographs used, highlights how under utilised images can be as a source when it comes to understanding the experience of war. For example, the image of Major Robert S. Johnson (p. 81), a United States Army Air Force (USAAF) ace with 27 victories on the P-47 Thunderbolt, at the Republic factory at Farmingdale, Long Island illustrates several salient themes concerning the Second World War. First, this image highlights the role of propaganda in war as Johnson had been ordered home for a War Bond tour. Such tours put the USAAF in as positive a light as possible and helped explain the necessity for war production. Second, in being an act of propaganda, it highlights the relationship between the home front and front-line and the need to ensure workers understood the impact their work had on the war effort by creating a bond between ‘workers’ and ‘fighters’. In short, such propaganda activities were an important aspect of civil-military relations and images such as this further our understanding of these deeds. Third, the photo also shows the celebrity of the pilot as a fundamental aspect of air force ethos. Ultimately, understanding factors such as those noted above are critical to our understanding of the Second World War and photographs are a source that historians should not ignore.

To conclude, and to come back to my rather flippant introduction, these are lovely looking books; however, do they add anything to how we think about war generally and air power in particular? For me, the simple answer is yes. First, at one level, there is information that can be garnered from such books in particular through sections such as the forewords, which typically tend to be written by veterans. These give a useful insight into how those who operated and flew these aircraft think and feel about them. Also, as already noted with Storm of Eagles, some of the images presented are relevant sources in themselves and need to be utilised more fully where possible concerning what they add to our corpus of knowledge on the experience of war. Second, and simply put, books such as those under review here, are a popular genre as any visit to a major bookshop chain will attest. If, as historians, we are to understand the phenomenon of war, then we have to not only comprehend either the cultural resonance of conflict, or the physical act itself, but also the linkages between these two ends of the same lens. It is clear that such books, which tend to focus on the conduct of war, provide a means through which to appreciate the cultural resonance of conflict and as such provide a broader understanding of the phenomenon of war. This, ultimately, will further enrich our knowledge of the past.